“spiking”: what it is and what to do if happens to you 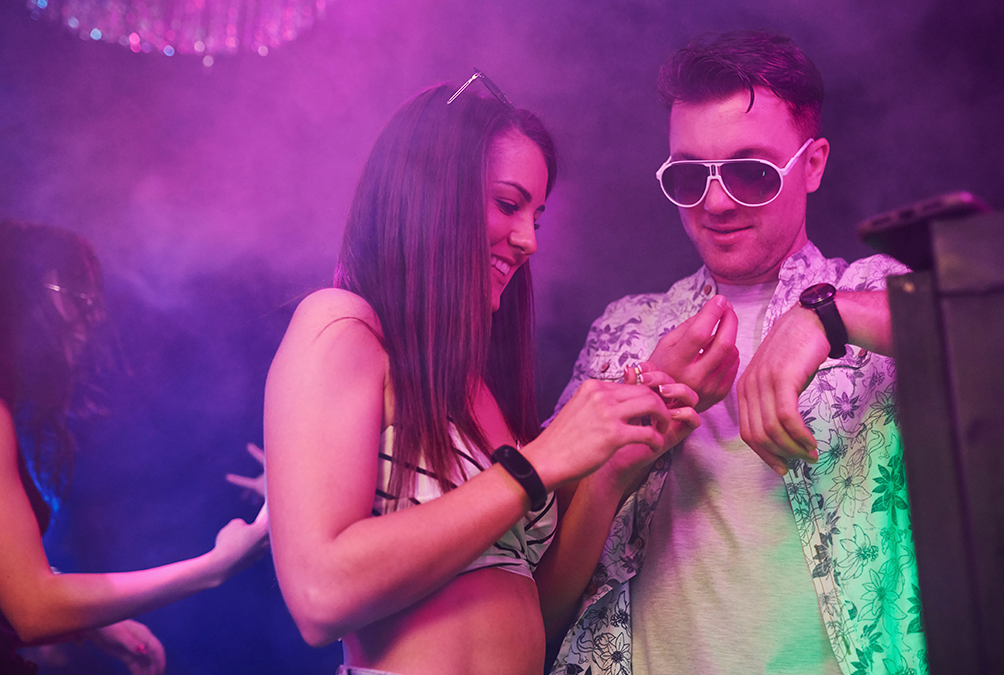 Spiking is becoming more and more frequent inside the clubs and pubs of all Europe and knowing what to do in case it happens to you (or someone near you) can make the difference.

What is “spiking”?
Under the name of “spiking” goes the practice of giving alcohol or illegal drugs to someone without their consent with the intent of debilitating, rendering them unable to stand their ground against a theft or an abuse.
Giving drugs to someone who has agreed to take them but lying on the dosage or even the actual type of drug, is also considered as an act of spiking. Usually, the drugs are put inside the glass or the cup of someone taking advantage of as little as a couple of seconds of distraction.
In the last years it has become more frequent also the use of a needle to inject into the person’s blood the substances while they’re dancing at the club or cramped at the bar waiting to get a drink.

What kind of substances are used?
The so called “party drugs” like Ecstasy (also known as molly, X, MD, MDMA), ketamine, GBL or LSD are among the most commonly used for this type of aggression. But there’s also a whole another category of drugs used for spiking that are reffered to as “rape drugs”.

These substances are used mainly to commit sexual abuse on a persone becaus they render them unable to comprehende what is going on around them since thay can cause dizzyness, tunnel vision, a great fatigue and can lead up to fainting. Most notably, these substances cause a temporary short term amnesia so the victim can’t remember what happened to them and who he or she was with that altered their drink or injected them with these dangerous drugs.
The most used “rape drugs” are Rohypnol, Fentanyl, Scopolamin, GHB or GBL and all of them are colorless and odorless.

What to do if you or someone around you is victim of spiking?
If you happen to feel the symptoms above mentioned or you see someone adding some kind of powder or pill to someone else’s drink promptly alert the security of the club, pub or venue if you are in one. Seek medical assistance and, if there’s non in the place you find yourself, call an ambulance. Do not drink alcohol or take any more drugs after you start to feel a state of alteration that you didn’t expect and try to prevent the person who you think has been spiked from taking other substances. Don’t let that person go away with someone you don’t know or that you don’t trust and, if you manage to, look for the friends of the person who’s been drugged or the people he or she came with at the club.

In the unfortunate event that you are a victim of ‘spiking’, report it to the police and go to the hospital in order to get tested for the type of drugs you’ve been attacked with and to find out if you’ve been victim of sexual abuse that you don’t remember. If you get pinched with a needle it is also strongly recommended to get an HIV test. This can also be reported on the website of Clubcommission Berlin, the organization that monitors the situation of clubs and discos in the city of Berlin.