Karrieretag and job fair: a perspective on the integration of foreign workers in Germany 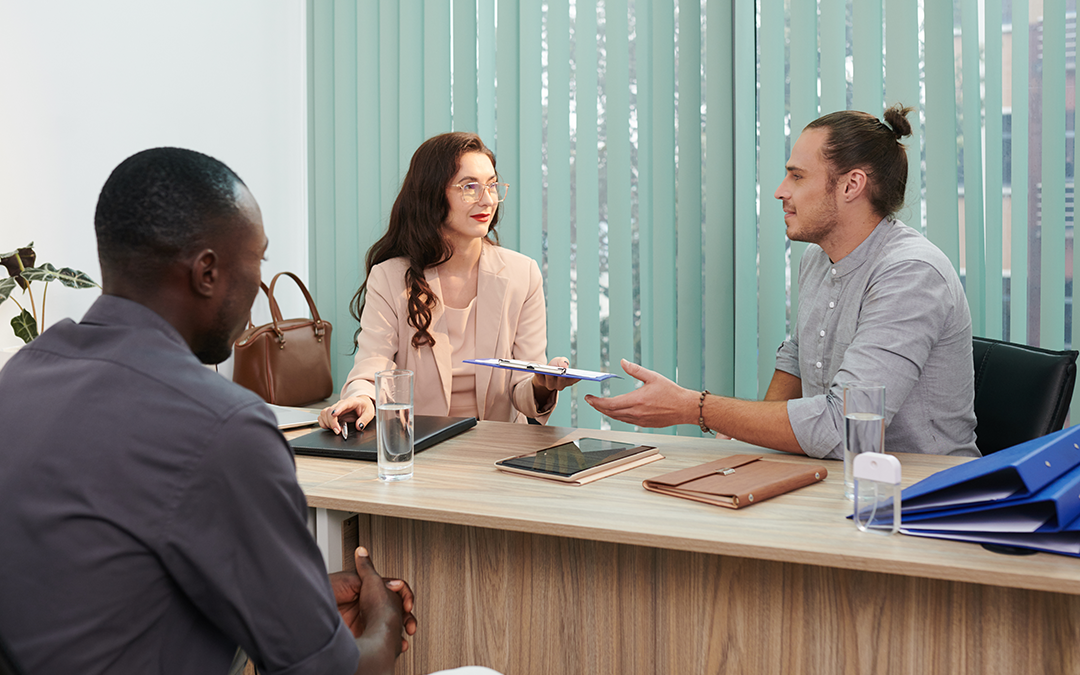 On the 1st of November 2022, a job fair took place in Berlin during the Karrieretag (career day), an event where many companies come looking for new employees to fit into their workforce. We decided to participate as foreigners who, being far from home and feeling out of place, try to make their way into the German labour market. In this article, we would like to share our point of view on this matter with you.

Walking around the stands, I got the impression that the event was entirely organized from Germans and thought for them. As a non-German speaker, I could not understand the information because it was all written in German, except for a few words here and there. Besides, the recruiters who could speak English were only few. There were just some stands offering language courses or services for bureaucratic assistance for internationals who want to integrate into the labour market, but the overall attempt at inclusion of foreign workers seemed quite weak to me. Since candidates were for the most students, I got the impression the event was mainly aimed at them.

If I were to look for a job as a recent migrant in Germany, I wouldn’t probably rely much on this job fair. Instead, I would either look for something on the Internet or turn to agencies. Job opportunities I could benefit from seemed scarce and difficult to spot. It would be interesting to find out and attend other events more dedicated to people who have lived in Germany for a short time.

Since the posters of all the stands were written in German, the first feeling you get is confusion, unless you do know the language. I can speak German, so I was able to understand what kind of job offers were available. If I approached by speaking German – in spite of my German sounding non-native – I noticed recruiters were less reluctant. However, when we introduced us speaking English, they were taken aback. In most cases, we were told knowledge of German was mandatory and that we couldn’t apply for the job. The general feeling was that the event was not suitable for international workers that are not familiar with German. Despite these considerations, we still were able to find some help in this respect. For example, the labour agency was also there and they explained to us what to do when one looks for a job and needs to learn German from scratch.

To sum up, we could say this event was organized taking little account of workers with a migratory background. Considering we are talking about a metropolitan city like Berlin, we were a little disappointed. Nonetheless, it is important to mention that the job fair we attended is just one of the many happening in Berlin. A tailor-made event for foreign workforce took place in August with the purpose of showing solidarity and help migrants settle in. Among the numerous participants there were many from Ukraine, all looking for new perspectives. The heartfelt participation is very telling of the urgency of newcomers to find a job, not only out of economic necessity, but also because being employed leads to feeling part of a community. The project NETZWERK Unternehmen integrieren Flüchtlinge is also worth of mention. The initiative stems from an agreement between the ministry for economy and the DIHK (The Association of German Chambers of Commerce and Industry), with the purpose of creating the conditions for companies who adhere to it to integrate migrants in their staff, thus fostering their inclusion on a social level.

Generally speaking, we can say there are some proposals and institutions devoted to helping expats enter the German labour market. And yet we wonder whether this truly provides a solid, widespread support. If one can feel out place in a multicultural city like Berlin, then we could assume less urbanized areas to be even less welcoming and not committed to the cause.